After more than twent-six years in the consumer electronics and relating industries, I have joined CEDIA (Custom Electronics Design and Installation Association), and can now call myself a CEDIA Member.

“CEDIA is the leading global authority in the $14 billion home technology industry. CEDIA represents 3,700 member companies worldwide and serves more than 30,000 industry professionals that manufacture, design, and integrate goods and services for the connected home.” – CEDIA.org

I have previously been involved with CEDIA Asia Pacific for many years. I am a CEDIA Certified Instructor (CCI) Presenter, a certified CEDIA Outreach Instructor (COI), and have attended and instructed at local CEDIA exhibitions. In the past, I was a CEDIA member by affiliation with larger companies, representing them in sales, design, and consultancy roles. 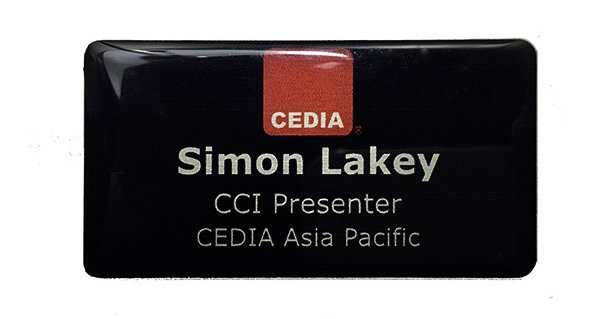 I am in a fortunate position to have experienced the consumer electronic industry from multiple perspectives; supply, integration, design, project management, consultation, and as an end-user. From my experiences, I recognise and understand the challenges of building smart homes, and have developed an approach to make the process more simple, and more rewarding for homeowners and consumers.

I believe there is a better way to implement technology into a home than some current and past processes. A way that cuts through misinformation and empty promises, and protects the inexperienced technology consumer from making costly mistakes. A way that avoids the experiences of complex, over-burdened and underwhelming electronic systems that do little to enhance a homeowner’s lifestyle.

As an independent advisor, I help architects, designers and homeowners to navigate their way through every step of the smart home and technology integration process, and make sure everything is done to achieve the best possible outcome.

CEDIA represents like-minded companies and businesses, who I partner with, to supply and implement fantastic products and systems to homeowners. CEDIA also has a world renowned education program that not only educates its own industry, but also to partnering industries such as design and construction.

In joining CEDIA, my objectives are to provide my experience, knowledge, ideas, thoughts and opinions to anyone who is willing to listen, and to give back to the industry that I learned so much from.

I am pleased and proud to be a CEDIA member – I am CEDIA.

The modern home requires a technology infrastructure that uses a combination of wired and wireless networks.

Wireless technologies and products are very convenient. Being wireless allow us to be mobile, without being tethered to a wired data socket.

As convenient as being wireless is, it is not without problems, that a wired network does not have. Wireless systems can frustratingly have connectivity issues, be susceptible to interference, and can be quite slow at times.

A wired infrastructure is not only preferred, it’s a prerequisite. Each home system (power, lighting, lighting control, security, entertainment etc.) should be installed on it’s own wired network, and be integrated with each other systems as part of a wider, wired network.

The potential ramifications of not implementing a quality wired infrastructure are wide, and can greatly affect other technology systems throughout a modern home. A well designed wired network infrastructure will very rarely be a cause of potential problems.

A wireless network compliments the wired network, and should only be used for system control, by mobile devices, remote controls etc., and for wireless internet browsing.

Wireless products themselves are typically not truely wireless. They still require a connection to a power outlet, unless the device is mobile, and powered by a battery.

There is no excuse or reason for a wired network infrastructure to be installed in new builds.

For consumers looking to cut costs, consider, that given the relatively inexpensive cost of cabling, the wired infrastructure will be the least expensive technology system in a home.

As a general rule, it a device is fixed, and can be wired; wire it into a wired network.