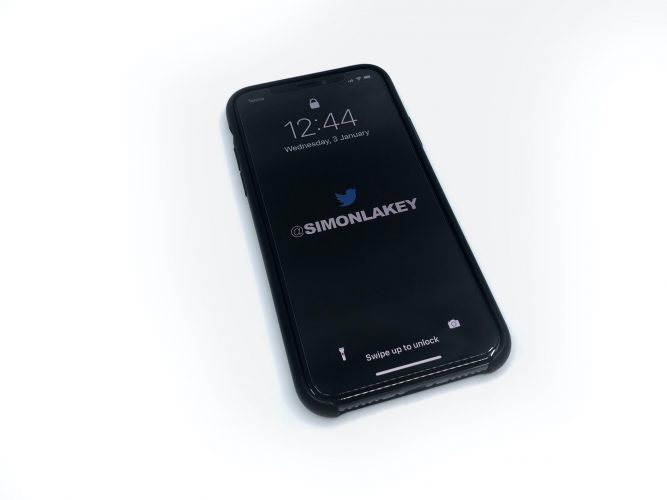 With the recent release of the new Apple iPhone X, almost two months ago, critics once again condemned Apple for being late to the market, re-hashing existing technologies etc. As usual, many Apple critics just don’t get it – being more focused on features and specifications rather than the user experience – Apple is all about the user experience.

For many, the iPhone X, on the surface looks fairly meek and mild, but in reality is quite groundbreaking the future of smart homes. There are a few noticeable features that stand out for me, that will have an impact on future smart homes: TrueDepth camera, Face ID, Augmented Reality and wireless charging.

Apple’s TrueDepth camera is integral to many of the standout features of the iPhone X. The camera system comprises of many components that allows it to process 3D models for Face ID, Animojis, advanced camera modes that use computational processing, and augmented reality (AR). The advanced technology of TrueDepth camera can detect the position, topology, and expression of the user’s face, all with high accuracy and in real time.

Face ID is the iPhone X’s primary security interface that replaces Touch ID. Face ID uses a system of advanced camera, dot projector, processor and Apple’s Secure Enclave. Unlike other systems, all saved facial information is securely protected and processed within the actual iPhone handset, rather than sending the information to the cloud for processing. As the user continuesly uses Face ID, the system is constantly adapting to physical changes in appearance.

Together with iOS 11 and Apple’s new gyroscopes and accelerometers, the TrueDepth camera introduces a new Augmented Reality framework – ARKit, that allows developers to easily create unparalleled augmented reality experiences. By blending digital objects and information with the environment around you, the ARKit framework will take apps beyond the screen, freeing them to interact with the real world in entirely new ways. The TrueDepth camera

Apple’s implementation of wireless charging is not necessarily new, or even ground breaking, but does represent the provision of a truely wireless solution. Apple will quickly implement wireless charging into other mobile devices and accessories that will be rapidly accepted Apple users and will become the new normal.

So, how do and how will these iPhone X technologies affect the smart home market?

As we move away from manually interacting with touch screen user interfaces, and with ambient computing becoming more ubiquitous in everyday products and systems, other methods of interacting with technology will become the new normal. We are already seeing voice control being more prominent, but do not have a high level of intelligence to benefit it, just yet.

The implementation of various sensors is a key requirement for any smart home. Unfortunately sensors themselves are not very intelligent – they require appropriate processing and programming to make them functional. In the future sensors will be able to accurately detect homeowners and residents using similar technologies as the TrueDepth camera system.

Access control systems by way of security cameras and door station intercoms may also implement advanced camera systems to accurately allow keyless and device free access into the home, and be able to identify users and intruders.

Until the challenges of limited battery life are solved, manufacturers need to maximise the user experience of powering devices and other products. As wireless charging becomes more popular, charging pads will be provided in everyday applications allowing users to top up their devices without the fear of being security compromised by plugging in a cable that could also access information on their device.

The Apple iPhone X is a groundbreaking device that provides a new user interface and a decisive move towards a new user experience that is easily accepted. Other companies need to have the courage to challenge the status quo, to provide better user experiences. Apple do this continuously – recently with the removal of the traditional headphone socket, that has not been missed, and most recently, the removal of the home button and Touch ID being replaced with Face ID and new swipe gestures that quickly became so natural.

Smart home products and systems will eventually implement technologies similar to the iPhone X, but needs to do so in a way that doesn’t create fragmentation, to provide the best user experience. A smart home needs to not only provide optimal form and function of the technology products and systems, but also needs to consider the architectural form and function of the home, and the lifestyle of the homeowner and residents.